Which graph shows what students reported feeling after a year at school? 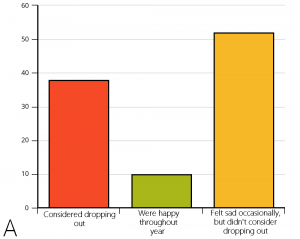 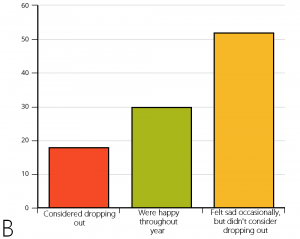 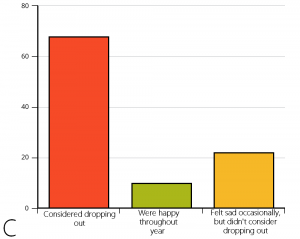 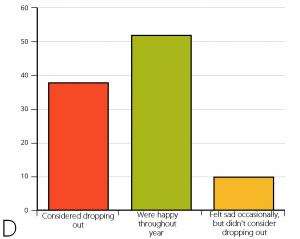 Which student will present which information?
A Gale
B Lindsay
C Kevin

Complete the sentences below with NO MORE THAN TWO WORDS AND/OR A NUMBER.

Answer the questions below, write NO MORE THAN THREE WORDS AND/OR A NUMBER.

Choose the correct letter, A, B or C.

38 The speaker says that Jamaican and South African English
A are very traditional languages.
B have greatly influenced the English language.
C were created very recently.

39 According to the second theory mentioned by the speaker, English
A might lose some of its more complex features in a global level.
B might become even more complicated than it is now.
C might be called ‘Globish’.

40 English is a unique language because
A it has the largest number of speakers in the world.
B it hasn’t changed much throughout human history.
C it’s spoken by a larger number of non-natives than any other language.