Image yourself waking up and not being able to move, not even your finger. The room is pitch dark but you can sense somebody in the room — someone malicious standing next to your bed or even sitting on your chest, stopping you from breathing.

Such bizarre phenomenon is commonly referred to as waking numbness, or more ominously “sleep paralysis”(SP). People think of it as something supernatural, thus spawning many superstition around it. In the older times the cause was believed to be demons, or incubi — an evil spirit with a physical appearance of a human male. Some cultures believed the cause to be malicious magical rituals or curses aimed at the person suffering from this state. 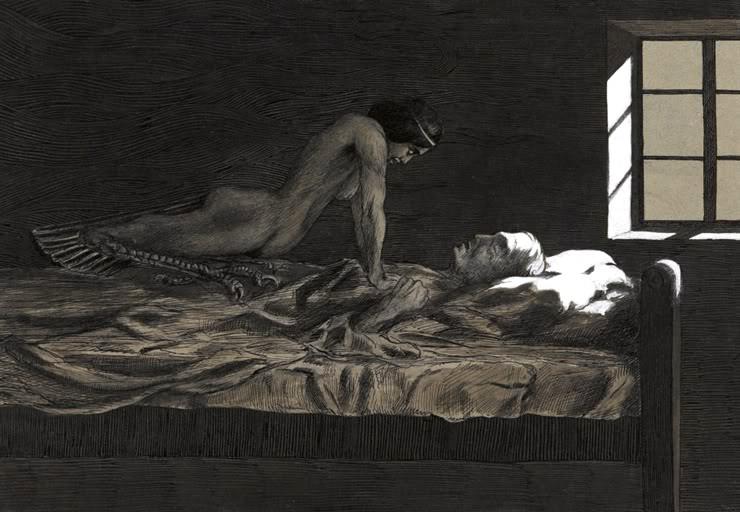 According to official data at least five percent of people experienced this state at some point in their lives. Some go through it only once whereas there are individuals that face the symptoms fairly regularly. Whether you belong to one group or another, there is good news for you: this state is harmless for both your life and your health.

This state is very similar to rapid eye movement (REM) stage of sleep, the stage when you see dreams. The purpose of this state is to prevent you from making any abrupt movements thus ensuring a long uninterrupted sleep. In case of sleep paralysis the brain wakes up while the body is still sleeping. Until the body wakes up, you are left motionless. Alternatively you might experience being able to move your body, but the delay between your impulse to move it and the actual movement feels unbearably long.

The symptoms are not limited to numbness of body. One can experience feel of imminent danger, horror, stifling pressure, one can feel like it is difficult to breathe or as if they are being choked. Palpitation, or accelerated heart rate is also rather common. Some report having an illusion of involuntary body movement, like turning over to one side or to one’s stomach/back, even though in reality the person lies still. Voices, unnatural sounds and noises, approaching footsteps are often reported by patients suffering from sleep paralysis. Hallucinations are not unheard of either — silhouettes of ghosts or people. The latter can be held accountable for the popular evil spirit myth.

Sleep paralysis can often be caused by sleeping on one’s back. Sleeping on your body side drastically lowers chances of experiencing most of the symptoms. It can be caused by various sleep disturbances (such as insomnia or narcolepsy). It can only be triggered by waking up naturally. If the person is woken up abruptly, be it a bright light or an alarm-clock ringing then sleep paralysis does not take place.

There is no surefire way to battle this condition. A common recommendation is to establish a sleeping routine and follow it religiously. Some break sleep paralysis by rolling their eyes, moving their tongue or right thumb on their right hand (or their left hand for lefties). Others are more successful with relaxing completely and remaining calm — this reduces the negative emotional impact and the state gradually recedes. Brain activity has also been reported to help — thinking about something complex or running calculations in your head seems to aid in overcoming the numbness. Using your pharynx to pronounce something is a good way to break the state too — since you can’t open your mouth it will come out as incomprehensible moaning, but it is likely to help.

Research has shown that analytically minded people are less susceptible to the negative effect of the state. When they happen to suffer from it they feel less depressed after the occurrence because they are usually not superstitious — they do not allow negative emotions caused by beliefs connected with evil spirits. As the scientists explained this, the type of people above tend to explain everything from the scientific point of view, whereas people that rely on intuition are more likely to base their conclusions on a less rational basis.

Questions 14-17
Do the following statements agree with the information in Reading Passage 2?
Write …

18. Symptoms of waking numbness do not include
A Anxiety
B Pounding heart
C Nausea
D Hallucinations

19. According to the passage
A SP can be dangerous
B SP is biologically redundant
C There are ways to dispel the state
D Smarter people do not suffer from SP

This site uses Akismet to reduce spam. Learn how your comment data is processed.